What Is "Intuitive Eating"? 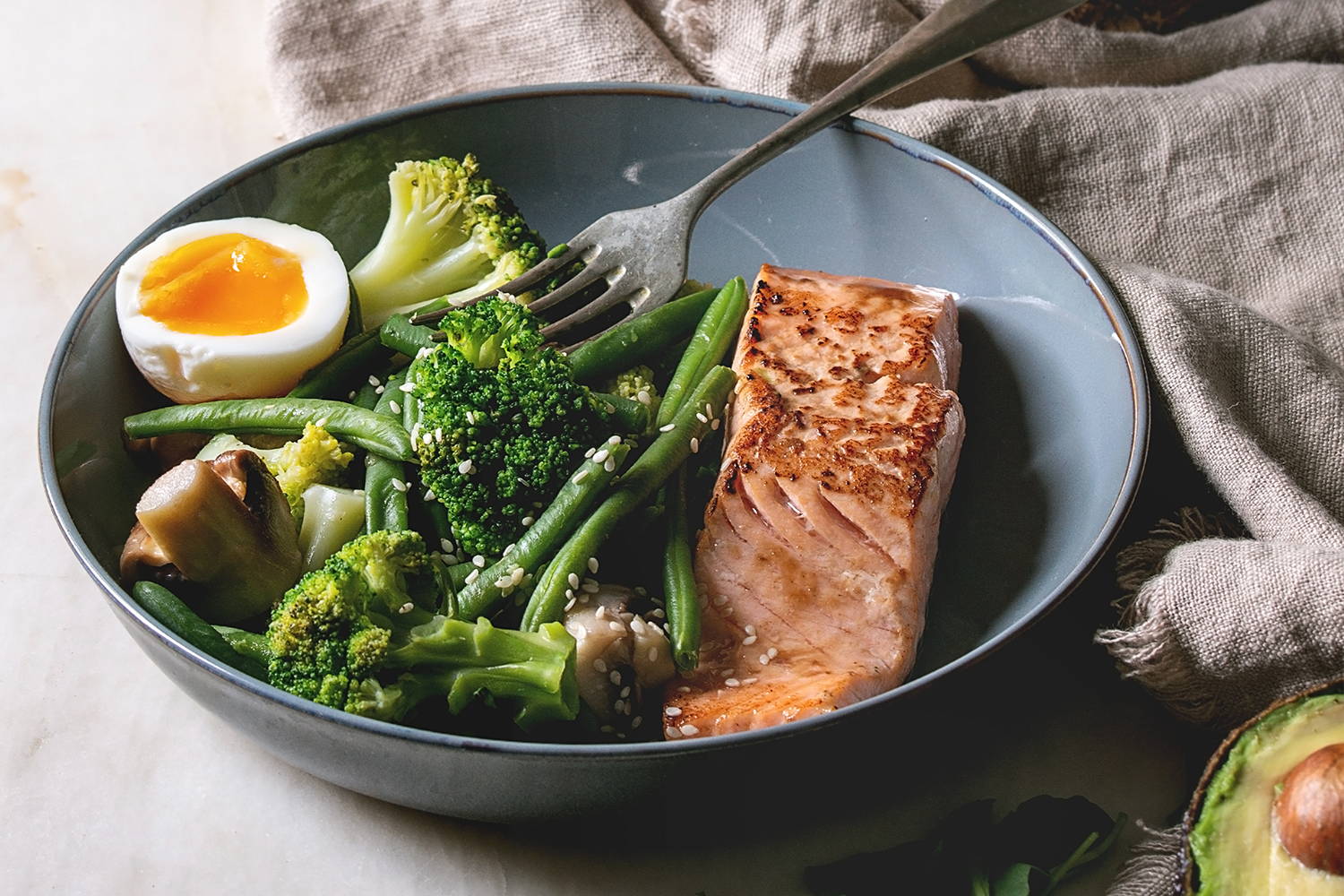 You're probably familiar with the 5:2 diet, keto and Weight Watchers, but what about Intuitive Eating? While people have been working on variations of those diets for years, the term "intuitive eating" is still relatively new. It's often talked about in the same breath as body positivity and self-care, but what exactly does it mean?

Intuitive eating is explicitly not a diet. Diets are all about rules. You might have to exclude certain types of food, or only be allowed to eat certain types of food; you might only be allowed to eat at certain times, or have to fast on certain days. Varied as they are, the common denominator with diets is that someone somewhere is telling you how to eat, and asking you to disregard the cues your body is giving you.

Many, if not most of us, have spent so long being told different things about how much we should eat, what foods are "good" or "bad," and cultivating a system of rules from the ones given to us by those selling these diet plans that we have lost the connection with our bodies that we had as young children.

This innate understanding of our bodies and their needs is what intuitive eating is supposed to bring back to us. It's an antidote to the mentality associated with dieting and rules. It's a removal of the rules, and it's designed to reconnect you with your body and encourage you to listen to what it's telling you.

It's about getting reacquainted with the signals our body sends us

Many of us know what it feels like to be so hungry that we can't focus at work, with our stomachs grumbling in anticipation of lunch. That's due to our focus on the external; the learned ideas that you should eat at a specific time, or that snacking is unhealthy. In that scenario, we'd likely be so ravenous by lunch time that we'd eat more than we intended to and end up feeling stuffed and sluggish in the afternoon. In addition, we'd probably start to feel guilty about overeating.  It's easy to see how focusing on external rules, rather than our own bodies can create a dysfunctional relationship with food and even start to have an impact on our mental health.

One of the foundations of intuitive eating is learning to take stock of how our bodies feel when they're starving, hungry, satisfied, full and overfull. This feeling might mean a rumbling stomach, nausea or dizziness when you're very hungry and a painful stomach or gas when overfull. Everyone is different. But once you know how your body feels when you are just starting to get hungry, rather than when you are already feeling uncomfortable, you can take action to bring yourself back into the satisfied range.

In a scenario when you're feeling hunger pangs in the morning that could mean eating a banana, yogurt or even a slice of cake when you start to feel hungry (regardless of whether its lunchtime or not). If you have a snack, you probably wouldn't need or want to eat as much at lunchtime, so you'd also avoid feeling sluggish in the afternoon.

Yes and no. The whole point is that there are no restrictions, but instead of mindlessly munching through ten bags of chips, you need ask yourself whether you really want each chip that you put in your mouth.

Sure, you could eat a whole pack of donuts if you wanted to, but the likelihood is that if you were listening to your body before, during and after eating, you would realize that that is too much food, or you would begin to feel a bit ill, and certainly afterwards you would feel bloated and maybe not eat as much for dinner as you would have if you hadn't eaten the pack of donuts. The experience might even put you off eating donuts for a while. That is what listening to your body looks like - and that is how intuitive eating actually can help our bodies find their natural size, rather than stuffing or starving ourselves.

Why is intuitive eating good for you?

Diets are normally a one-size-fits-all solution designed to help you lose weight. Full stop. They're not necessarily about eating healthily, and they're not necessarily suited to you or your body. And they're entirely focused on what size you are, not your overall health. Intuitive eating is about getting in touch with your own body and addresses the mental, as well as physical, aspect of personal health.

On a diet, if you slip up and eat some bread after you've been deprived of it for a few days, you might feel as though you've "failed," but realistically most people would end up doing that sooner or later. That perfectly understandable action and the feeling of failure associated with it can have a huge impact on the way you feel about yourself, and might encourage you to eat in even more disordered ways afterwards; either to punish yourself by eating even less, or to give up on your diet and stuff yourself with everything you've been depriving yourself of during your diet.

None of us are capable of perfection, and yet that's what diets demand. That pattern of depriving yourself, indulging, feeling guilty and punishing happens over and over again with each new diet or each new attempt. There is no guilt or failure in intuitive eating, so that unhelpful mental cycle is unnecessary. You can focus your mental energy on feeling good and taking positive action, rather than feeling bad.

In conclusion, intuitive eating is a way of eating designed to help us get in touch with our bodies and create a healthy relationship with food, which is something that many of us struggle with. It's not designed to help you lose weight, though that could be one side effect of your new, healthier way of looking at food and looking after your body. While intuitive eating is a relatively new term, the concept behind it: taking the time to listen to yourself and your own instincts, is one of the oldest in the world.

You have successfully subscribed!

Please login and you will add product to your wishlist